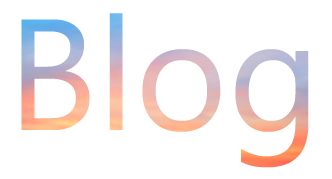 Jersey, the largest of the Channel Islands is rather famous worldwide for many things; from our rather pretty dairy cows to Jersey Royal potatoes, from our beautiful scenery, which is an attraction to our visitors, to the new "Man of Steel", born here in our beautiful Island.

And now, at last the movie had its worldwide premier in the USA on the 11th June, and then the next day had its European premier in London on the 12th June and we were privileged to have our own premier here in Jersey as well! Some of the main cast were here for this special occasion like Amy Adams, Russell Crow, and of course the man himself, our very own Henry Cavill.

I listened with interest to the comments of those presenting the afternoon show on our local radio. It was being presented live from London at Lester Square where the European film premier of 'Man of Steel' was to take place. All sorts of people were participating from officials to spectators who had waited for hours to catch a glimpse of the stars as they made their way to the cinema where the film was going to be shown for the first time on British soil.

I am sure there are many people who have high hopes for this film. Among them of course will be the film's producers and financers who will be looking for a substantial return for this ambitious project. But among those I heard being interviewed were one or two who I believe may be aiming a little too high in their hopes! "This film," they say, "has come at just the right time; for a depression has come upon us in this country and globally, and the "Man of Steel" comes with 'hope', and hope is something we all are in need of right now."

There is a clip in the film where Lois Lane asks Kal-El what the 'S' stands for on the front of his outfit. He answers: "It's not an 'S'! In my world it means hope." And she replies: "Well here it's an 'S' - How about 'Superman!" (As she sais the word 'Superman' a kind of static sound interferes and obscures the clarity of what she was saying. Almost as if to emphasise the awesomeness of such a name!) I think that perhaps some people have forgotten that this is only a film and Superman or Man of Steel is only a fictitious character. Although I have no doubt that the film is going to be somewhat of a hit, it must not be anything more than that.

I couldn't help but think of a Man I know very well who is God's answer to the needs of humanity. The beloved Son of God came into this scene of time and was born to a virgin maid in a little insignificant little town called Bethlehem 2000 years ago. Very few people understood who he really was and those who should have known better should have welcomed Him with open arms, but instead, they instigated a hate campaign against Him, which eventually saw Him nailed to a Roman cross outside the city walls of Jerusalem where He was left to die. Thank God we have the Bible to tell us that: 'He was  delivered by the determinate counsel and foreknowledge of God ..." See Acts 2: 23.

Or else we might despair because of the weight of gross injustice hurled against Him.

He was a Man with a mission, and that mission was to do the will of His Father. His Father's will was to one day take Him to the cross where He would die as a substitute for us who deserve to be separated from God forever because of our sin.

Jesus our Lord and Saviour - Yes, with a capital "S", is our God of hope, and those of us who trust in Him fully know His joy and peace in our lives. See Romans 15: 13. This is a blessed reality because our Saviour is alive today having risen from among the dead three days after He was crucified.

The world that is always looking for a super hero, sadly missed the only One who had the answer to poverty, famine, nature and the elements, sickness, and even death! Perhaps they were looking for someone far superior than what He appeared to be. He didn't stand out from the crowd as far as His appearance was concerned, in fact the Bible tells us He was: "as a root out of a dry ground: he hath no form nor comeliness; and when we shall see him, there is no beauty that we should desire him." Isaiah 53: 2. Though no one would have given Him a second look as it were, there was something by far superior about Him than all the notable heroes down through the annals of history. However, when the question was presented by Pilate to the crowd: "What will ye that I do with Christ?" The crowd cried out with one accord: "Crucify Him, crucify Him - we do not want 'this' to reign over us." Well, I guess they got what they asked for when they chose a known criminal instead of the One who could solve all the problems of daily living.

And so folks are still looking for someone to look up to; someone to give them hope. Kings and Queens have come and gone without successfully meeting the needs of their subjects. Politicians are voted in and soon after prove to fail at providing the answers to the great needs of our day. Now it seems that some are looking to this film and the character it portrays, to lift them out of the doldrums and give a bit of hope. It won't be too long before they will come back to the real world after living a fantasy for a while and discover that they are all still wanting.

Those of us who are God's people have the unspeakable joy, privilege and responsibility of representing Jesus Christ to a world of people who are looking for hope. The wonderful news is that God's Man, the ever living Man, the unchangeable Man is still available to all those who call upon Him in all sincerity. One future day He will put the world to rights but today it is possible to be in the full enjoyment of what Jesus, the beloved Son of the living God can do in the lives of individuals who are prepared to acknowledge their sin, truly repent of it, and fully trust in the only Saviour God has provided to free them of their sin along with all its consequences.

Sadly, as in the days when Christ was here on earth folks would have sooner looked somewhere else for hope because they are not prepared to accept who He really was. In the film, Kal-El states something rather interesting and I think it is worth quoting: "My father believed if the world found out who I really was, they would reject me. He was convinced that the world was not ready - what do you think?"

Perhaps the character of Superman has been rejected in this latest film, which I may get to see one day, but one thing we do know in reality is that the world was not ready to receive Christ when He came 2000 years ago! However, the question remains to be answered: "What do you think?" Will you trust Him? Will you receive Him? Will you allow Him to bring into your life the hope you have been longing for all of your days? If you do so, you will never be disappointed!

"For he satisfieth the longing soul, and filleth the hungry soul with goodness."
Psalm 107: 9